Curcumin, the active ingredient in turmeric, has gotten a lot of credit over the past few years. Can it really help with arthritis pain? Or is it more placebo effect? I looked at the research. Not what the salesperson says, or what the companies selling it say. I looked at studies that were at least half way decent, in (somewhat) reputable journals. Of course, you can rig a study to say anything and publish it in a sketch journal, but I was trying to pick the legitimate ones to get real answers! Let’s get the facts.

Research always starts in vitro, meaning at the cellular level. Then we gradually build up to mice and rats, then dogs and cats, and finally human clinical trials. (Thankfully, as a veterinarian, the animal studies that human physicians find less interesting are our main focus!) Part of the reason curcumin/turmeric has been given so much credit is its rock star performance in cell culture. You may have heard of COX-2. It’s an enzyme that is active in arthritis and inflammation. Inhibiting this enzyme results in a reduction of inflammation and therefore pain, but with less side effects than inhibiting the similar enzyme COX-1. Non-Steroidal Anti-InflammatoryDrugs (NSAIDs) such as Rimadyl, Deramaxx, and Metacam are inhibitors of COX-1 and COX-2. So it stands to reason that if curcumin can inhibit COX-2, it would be very effective at reducing pain! In a variety of experimental cell types, curcumin did in fact reduce the production of COX-2. Additionally, curcumin reduced expression of many other inflammatory mediators TNF-Alpha, IL-1 NF-KB, IL-6), further supporting the notion that curcumin works as an anti-inflammatory. (Here’s the paper). 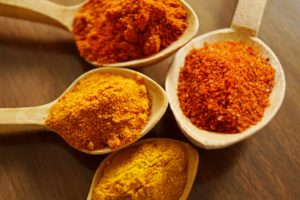 So why aren’t we all consuming turmeric and letting it cure our pain? Well, what happens in a cell culture is encouraging, but doesn’t always translate to the same activity going on in a living organism. A key detail is how well the molecule is absorbed in the animal’s digestive tract. This feature is known as bioavailability, and it’s an important feature that is established for every pharmaceutical that is sold. In the case of curcumin, not much is absorbed and sticks around in the body long enough to have a meaningful effect. Current data shows about 60% of curcumin taken orally is absorbed in rats. The levels peak about an hour after ingestion and drop rapidly over the next couple hours. Interestingly, this percentage of absorption was about the same regardless of dose! Further studies are looking at different versions/formulations of curcumin that can survive better in the digestive environment, and survive liver metabolism better than it currently does in its natural form. (This article discusses many of the formulations under study).

But is it safe? Studies on rats and humans have shown that doses of 100-200mg/kg are safe and most commonly used, although doses TEN TIMES that high are safe as well. (A couple human studies reports diarrhea with these high doses). The fact that curcumin is not very dense makes it hard to achieve these super high doses (ie – you have to consume A LOT to get a meaningful dose).

So let’s leave the petri dish and talk about how well curcumin helps inflammation in actual animals/people.

A mouse study was encouraging! They induced arthritis in the joints of mice. Then half of them were given curcumin orally, the other half placebo. The results were mixed, in that curcumin seemed to have no effect on the pain associated with arthritis. However, the cartilage on the joints of the mice who were given turmeric was much healthier and more stable than the placebo group. So in theory, while it might not help pain, curcumin may possibly help keep cartilage healthy.

A human study treated patients with rheumatoid arthritis with curcumin and found significant reduction in pain and swelling of joints with a lack of side effects. I could not get full access to evaluate how well this study was run – could be good, could be crap.

Madhu et al is another human study that looked at knee arthritis in 120 people treated over 42 days. The group getting curcumin showed significant improvements across the board in pain scores compared to placebo. The pain scores were subjective, but still encouraging.

Kertia et al divided 80 patients with arthritis into two groups. One group was given curcumin and the other an NSAID. After 4 weeks they tested the levels of COX-2 in the knees, and discovered that curcumin’s ability to reduce COX-2 expression in the joint fluid of arthritic human knees was comparable to the NSAID. Pretty cool! However, they did not assess pain before and after. So having decreased expression of COX-2 is encouraging, but did the people FEEL any better? No one knows. 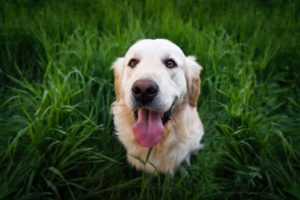 Last human study– the largest and best designed involved over 350 patients with arthritis divided into 2 groups. One group got curcumin at 1500 mg a day and the other group got ibuprofen at 1200 mg/day, and it went for four weeks. Two things happened: the turmeric group showed no adverse effects (while the ibuprofen group had some upset tummies). Also, on pain scores, the curcumin group showed a reduction in pain comparable to the ibuprofen people! While that’s encouraging, pain scores are subjective, and there was no placebo group, which makes this study less than ideal.

After these studies showing it may help, this study was done in Canada stating curcumin was no more effective than placebo at fighting inflammation. Garg et al performed a large (600 patients) blinded, randomized study on (human) patients undergoing elective surgery for aortic aneurism. They divided the patients into two groups. One group took high doses of curcumin orally twice a day for 4 days. The other got placebo. The results showed no difference in the four inflammatory biomarkers they tested (indicators of inflammation) between the two groups. The results also showed no difference in length of hospital stay. They came to the conclusion that curcumin is not effective as an anti-inflammatory agent. One flaw with the study? While they gave high doses, they only gave curcumin for FOUR days. It is not uncommon for a medication to take several days to reach therapeutic levels in the body. So while the study was large and otherwise well designed, the very short duration calls the results into question.

So in people, it’s promising, but the reviews are kinda mixed. But what about dogs? Innes et al did a study using an extract of turmeric. They had 61 dogs with confirmed, clinical arthritis, and gave half the turmeric extract and half placebo. This study used objective measurements to determine efficacy by using a force plate to measure if the dog would bear more weight on the affected leg after treatment. There was no statistically significant improvement between the turmeric group and the placebo group, and they showed no improvement in pain from either.

There aren’t a whole lot of clinical studies in dogs using just curcumin. There were a couple using it in combination with other neutraceuticals…but how do you know what’s actually helping and what’s along for the ride? I chose not to cover those. One more thing – the doses in all the studies were kinda all over the place. With turmeric being a powdery spice, to achieve meaningful levels of curcumin, there’s a LOT of powder to eaten! Easier to do with people than dogs.

After all this talk about curcumin as an anti-inflammatory, I would be remiss to not mention its potential anti-cancer properties. While I was reading the research, many studies focused more on curcumin as an anti-neoplastic agent (cancer fighter) than the anti-inflammatory I was seeking. In vitro data suggest curcumin may promote apoptosis (the programmed death of cancer cells) and inhibit angiogenesis (the growth of blood vessels to feed cancer cells). Again, no one is saying curcumin is going to replace chemotherapy. In fact, it may actually interfere with some chemotherapeutic agents, so it’s nothing to take lightly. Still as we do more research and learn more, we may see curcumin or its derivatives used in the fight against cancer. (Here’s a couple articles talking about this: Jurenka and Epstein et al).

So, like every supplement, turmeric isn’t magic. I would never suggest it as a stand-alone treatment for significant pain in a dog or cat. It seems to help people, and it works on cells in a dish, but the questionable/crummy bioavailability make me not love it. However, if giving it helps keep the cartilage safe, or somehow reduces inflammation, what have you got to lose? While administration of adequate dosing can be tough, it is generally safe. Turmeric/curcumin is another one of those “you have nothing to lose and everything to gain” supplements.