You may still be reeling from hearing the news that your dog or cat is diabetic. We can get through this! First, let’s get three facts very clear.

2 – Diabetes is not a death sentence

3 – For most animals, once you get into a routine, diabetes sucks a lot less bad

Yes, your lives will change, and giving these insulin shots sounds very scary. Trust me, a couple months from now you’ll be a pro! You’ll be able to draw up insulin half asleep and give it as the cat walks by. You’ll be the expert among your friends who ever have to give injections or do anything quasi-medical to their pets.

Trust me, word gets out!

One of the jobs of the pancreas is to produce insulin. Pets with diabetes may have an inflamed pancreas (called pancreatitis) or may have one that isn’t overly angry, it just quit making insulin. What is the big deal about insulin? Either way, diabetes boils down to an insulin deficiency.

Every cell in the body needs fuel to keep it running. Brain, heart, muscle, skin, everything. For most cells, that fuel comes in the form of glucose (sugar). The blood carries glucose all around the body, delivering it to cells in need. Insulin is there to take the glucose from the highway of the bloodstream, and transfer it to the cells. Without insulin, you have plenty of sugar in the blood, but the cells are starving because they cannot get it! Imagine driving up to a gas pump to fill up your car, then realizing there is no hose. Sitting next to the pum 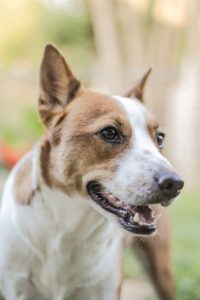 p full of gas does not do you any good if you lack the connection between gas pump and your car!

So in diabetic animals, the level of sugar in the blood rises and rises, because none of it is getting into the cells! Meanwhile, the body’s cells are starving. In some cases, they will be forced to improvise, burning fuels other than glucose in an effort to stay alive. It’s like putting diesel gasoline in your car because the unleaded pump didn’t work. Bad news!

In the body, use of these inappropriate fuel sources results in waste products being produced that, quite frankly, shouldn’t be there! The main one we see is ketones, which we can detect in the urine. Dogs and cats who are newly diagnosed as diabetic and have not begun treatment are often the ones with ketones in their urine. This syndrome is referred to as DKA – Diabetic Ketoacidosis – and they usually are very sick. Some present for lethargy and vomiting, while others present unconscious, hypothermic, and basically at death’s door! With aggressive treatment, many of these pets can be saved, but it requires hospitalization in an intensive care unit for days. And, as you can expect, it can add up to quite the bill.

Diabetes is complicated! Check out the rest of the series:

Check out our podcast episode about diabetes. In an hour, we couldn’t even cover every detail, but you’ll learn and laugh with us along the way!