We vets often write instructions on the bottle of medication like “Give three times a day” or “Give once a day.” Seems simple enough, right?

Did you know that some medications actually work best when given a certain way? As always, check with your vet if you have specific questions. Here are some drugs that, for the vast majority of patients, work best when timed right. 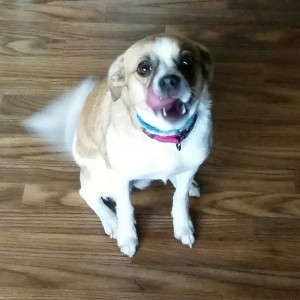 These drugs are like a doggie version of Advil (which, for the record, don’t ever give to your dog!). The are often used for arthritis or other chronic pain, as well as after surgery. Often they are prescribed for once a day use, although sometimes twice a day is prescribed. If given once a day, give this medication in the morning, with breakfast. That way it works throughout the day while your dog is active, and any “wearing off” happens overnight, while he’s sleeping. It won’t make him sleepy, so in my experience, giving in the morning is ideal.

If your vet prescribed medication to be applied to the eye twice a day, that isn’t hard. What about four times a day? Or even SIX times a day? Unfortunately, to be most effective, that does not mean 6 times a day during the day while you are awake. A medication applied to the eye 6 times a day needs to be given every 4 hours. That means you set your alarm for some time in the night. And it totally sucks. But, depending on what you’re treating, it could be the difference between your dog keeping or losing the eye. So lose some sleep to save your dog’s eye.

Hopefully your vet and her technician drove this point home. If you aren’t sure though, I’ll help. If your vet prescribed the insulin to be given twice a day, then it MUST be 12 hours apart. I understand you also have a life, a job, etc. What I tell my clients is they can get an hour of wiggle room on either side, a couple times a week. That means if you are giving the insulin at 8am and 8pm, you can shift a single shot to as early as 7 or as late as 9 if you have to be somewhere. Bear in mind if you do that, the next shot must be given on time, as close to the 8:00 mark as you can. For instance, if you give your cat insulin late one time, at 9am, and then have to bump it up to 7pm that same day, that cat just got insulin 10 hours apart instead of 12. You could have problems like low blood sugar. So keep it at 11 (ideally 12) hours apart when possible.

A lot of us use cheese to give medications to our dogs. Cheese contains calcium (well, most of it does). Antibiotics in this family cannot be absorbed as well when given with foods containing calcium. Now, full disclosure, if you’re using a small amount of cheese, and that’s the only way you can (easily) get the pill into your dog, then do it. If you’re giving an entire serving of cheese (multiple slices), I would maybe look for an alternative. (Pill pockets are a good idea, or peanut butter, but check the label!) 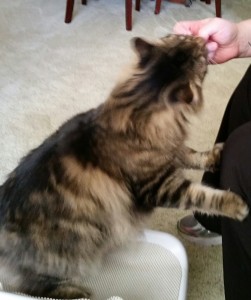 If your vet has recommended pepcid/famotidine, prilosec/omeprazole, or other stomach acid reducers, check with your vet about the other medications your pet is on. Sometimes, the antacid needs to be given an hour or so after other medications, as giving it before or at the same time may inhibit the body’s ability to absorb those other drugs. Conversely, some medications might be better absorbed when given with these medications. Worth a phonecall to your vet!

If your pet has been prescribed carafate / sucralfate, this drug is in a different family as the other antacids. This medication actually coats the stomach and intestines, searching for little bleeding spots and healing them. Yes, it’s an awesome drug. Thing is, that coating action acts like a shield and doesn’t let any other medications in! I often recommend giving other drugs a 2 hour head start, then give the sucralfate. And yes, with sucralfate often given 2 or 3 times a day, this gets challenging! Again, ask your vet if you aren’t sure of timing.

To feed or not to feed?

And notice I did not mention whether meds should be given with food or not. In the case of the majority of medications, giving with food often helps them go into the animal best, and they are tolerated best (ie- less vomiting). There are notable exceptions, however, so instead of listing hundreds of drugs and if they should or shouldn’t be given with food, if you aren’t sure, check with your vet. In general, most antibiotics and pain pills do best with food.

And, just to make sure we’re all cool….

This is obvious to some people, and news to others, so worth saying.