“There’s something wrong with her eyes.”

I hear that often enough. Most often, it’s something normal that just looks unusual – the third eyelid.

Dogs and cats have this membrane in the corner of each eye. When they are awake and alert, it’s often low and barely visible. When they are sleeping or sedated, it often elevates, and becomes very visible.

What causes concern with most people is a lack of pigmentation. Most light colored dogs will have pink third eyelids, while darker dogs have black third eyelids. Some spotted dogs will have one pink and one black (especially if there is a patch of black hair around the eye on that side of the face.) Those are the ones that freak people out.

I’ll admit, it does look a little funky. The pink one often appears larger, and is more eye catching than the black one, which seems to blend in with the black lining of the eye.

If you notice that on your dog, no panic needed. It’s what makes him unique! 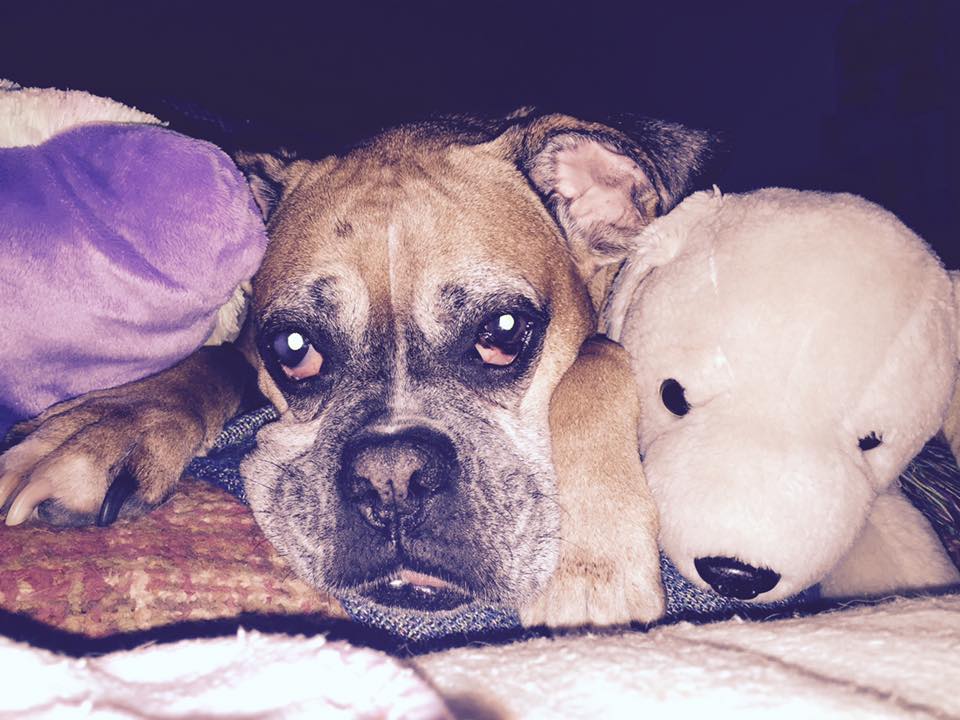 Here’s a sleepy boxer whose third eyelids are pigmented black at the edge, so they are not very visible when she’s wide awake. Once they elevate, you can see the pink, non-pigmented part, making them stand out from the black lining of her eye. She has healthy eyes!