You might have found a site online that states the miraculous wonders of CBD or hemp oil. Yes, there is a lot of promise in these medications for the treatment of seizures, pain, and other diseases. A lot is still not known! (Here’s my article explaining what these are, and what we do and do not know).

The laws are constantly changing, and vary state by state. It’s always best to check on the most up-to-date rulings with your state before attempting to purchase any cannabis-related products. You’re too cute for jail.

On the federal level, Marijuana is illegal. It is considered a Schedule 1 controlled substance (in the same family as heroin and LSD, for reference). What about the derivatives or extracts of it? They were “under the radar” until just recently!

On Dec 14, 2016, the DEA (Drug Enforcement Agency) declared Marijuana extracts to be a schedule 1 drug, which translates to them basically being illegal. Here’s the announcement, which stated:

“…an extract containing one or more cannabinoids that has been derived from any plant of the genus Cannabis…Extracts of marihuana will continue to be treated as Schedule I controlled substances.” (And I have no clue why they spell it like that, just roll with it.) 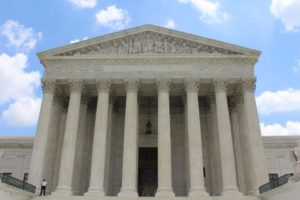 A question was raised about CBD. Here’s the DEA’s response:
“For practical purposes, all extracts that contain CBD will also contain at least small amounts of other cannabinoids. However, if it were possible to produce from the cannabis plant an extract that contained only CBD and no other cannabinoids, such an extract would fall within the new drug code 7350. In view of this comment, the regulatory text …has been modified slightly to make clear that it includes cannabis extracts that contain only one cannabinoid.”
OK, so federally speaking, marijuana or any extracts, including CBD, are not legal to possess. Yet most states now have their own laws making various quantities and forms of cannabis-related products legal!
Which law do you follow? How can following one law break another? The answer came in 2013, when the US Department of Justice did not change the law, but did tweak how it would be enforced. They basically said they’d still pursue the “big fish” type of dealers, but consumers who possess small amounts of cannabis-type products are to be policed by the state. Most states did not legalize sale of marijuana, just possession, with quantity limits for personal use. The federal DOJ basically told the states they need to create and enforce laws to accommodate each state’s legalization of certain forms of the drug, and the DOJ will go after the state if they fail at this mission. Basically, the federal government said “you opened this can of worms, so you can keep the worms in line.”
So with the feds announcing their “blind eye” to the use of state-legalized marijuana and hemp products, what you can and cannot use depends on where you live. So, I checked out the National Conference of State Legislatures. They have a nice chart of which state allows what, with links to the exact bill or amendment! Here’s the page with the chart listing medical marijuana laws by state.
And here’s a chart listing laws by state as they apply to low-THC or CBD.
My favorite chart listing hemp and marijuana laws by state is here. It’s a site called pro-con, which I don’t know a lot about. I do like how easy to read the chart is, and the vast amount of information in a condensed area. Always double check with your state’s most recent laws before attempting any purchase, as laws change, and we do not know how often websites are updated.
So what if we look at these cannabis-related products not as illicit drugs the DEA cares about, but from a medication standpoint? I checked with the FDA (Food and Drug Administration) and see where they stand in this mess. In their statement, they state in #13 that products containing cannabidiol (CBD) may not be marketed or sold as dietary supplements, and foods containing cannabidiol may not be sold at all interstate (but this is OK if you keep it in the state?). This does not apply to the CBD-rich hemp oil, apparently. And yes, these are rules for human products. And the FDA is watching! Here’s a warning letter they sent to an online CBD oil seller earlier this month.
Now it’s time to ruin your day and say all this talk about laws and policing applies to use of cannabis products in people!
Nothing has been mentioned specifically about pets. Yes, the laws about possession will affect you (you would have to have it in your possession to give it to a pet), but nothing about prescriptions, medical conditions, or other regulations. For this reason, many veterinarians are reluctant to prescribe these substances, as there is no law to protect them from losing their license or even going to jail.
The one entity that does address pets is the FDA! Item 19 in their statement reads :
“We want to stress that FDA has not approved marijuana for any use in animals, and the agency cannot ensure the safety or effectiveness of these products.
For these reasons, FDA cautions pet-owners against the use of such products.” 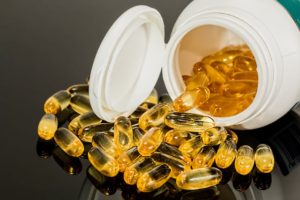 CBD’s seem innocuous – what’s the law on those?
Again, this goes back to the individual states, but here are some generalizations. Many states allow CBD’s that are low THC, the definition of which is <0.3% THC. These are often the products of a plant called “Industrial Hemp.” The plant is naturally very very low in THC, and laws regarding its cultivation vary by state, as the DEA still considers it “marihuana.” Formerly, any CBD with <0.3% THC was assumed to be legal even on the federal level, but the recent update from the DEA squashed that theory and made even CBD’s illegal.
So, it’s back to the states we go!
A note about importing hemp products
A court case back in 2003 brought about an interesting turn of events. The decision on Hemp Industries Association, et al, v. Drug Enforcement Administration, 333 F.3d 1082 (9th Cir. 2003) determined the DEA was overstepping its bounds by banning the import of hemp products containing little to no THC. So, this ruling actually made it legal to import CBD’s and Hemp oil. Ironically, growing hemp was banned until the passage of the 2014 farm bill, which allowed for certain species to be grown under specific circumstances. Growing marijuana – still very banned!
What if you live life on the edge and want to just buy it anyway?
With all the companies out there selling it, apparently lots of people are doing just that! My main concern is there is NO regulation on what these companies actually put in the bottles. You could be paying for smelly olive oil with no CBD’s in it at all, and there is no way to tell. We’re in a bit of a catch-22, since it’s not technically legal, how can a government regulate something the same government says shouldn’t even be happening? However, there are some companies with better reputations than others in terms of backing what they say is actually in the bottle, as well as not letting contaminants or worse, toxins, make their way in. Don’t believe online reviews. Talk to your vet, and if she doesn’t know, have her ask around. There’s many brands that are trusted in the veterinary world although none of us are recommending them officially. 😉

How about some published papers on applications with pets?

When trying to find published papers on cannabinoids and pets, it’s a bit of a challenge. Here’s an article from the AHVMA – the American Holistic Veterinary Medical Association. The title is “Consumers Perceptions of Hemp Products for Animals. It’s a great summary on the use of hemp products in this country, and also details survey results of what pet owners are doing with hemp products: where they are buying them, what they are buying, and the results the are perceiving. This is not a study about the effects of these medications on any disease, just what owners think it does. It’s a very interesting read, but the survey focuses on what the owners think, based on a survey the organization took. The survey targeted pet owners who visited a site that sold hemp, so obviously the population was a bit skewed. And just because other people are doing it does not make it right or wrong -it’s just what people are doing. It tells us nothing about the drug. Like your mom always said: “If everybody else jumps off a cliff, does that mean you should to?”

Finally, here’s a great review by Colorado veterinarian and doctor of osteopathic medicine, Dr. Narda Robinson. She teaches integrative medicine to veterinarians, and says that while cannabis products hold amazing potential, we need the research to know how to use them safely.

Author’s note: I think cannabis-derived medications have great potential, and have had owners buy products on their own and report great results! Yet, we need to make educated decisions. Until the laws catch up to the need, and the science, many veterinarians will be hesitant to recommend, much less prescribe, these products. They cannot risk losing their license, or worse. My hope is that, eventually, more research is published, laws are changed, and we can safely help pets who may truly benefit from these medications. Sadly, that time is yet to come.

And with cannabis products, like anything else in life – if someone is selling it, and it sounds too good to be true….you know the rest.