As medical marijuana becomes legal and accessible to more people in more states, pet owners are looking for ways they can use this new family of medications to help their pets. In humans, marijuana and hemp products, and their extracts, are being touted to treat a wide variety of syndromes and diseases. I know individuals who suffered from seizures, or chronic pain, and their lives have dramatically changed for the better, thanks to cannabis-made medications. Fortunately, there are well-designed studies to back up many of these claims…in people.

When it comes to pets, we aren’t so lucky. Can we extrapolate human data to apply it to dogs and cats? We do with many other drugs quite often, but we must be cautious. Does the law allow for pets to use medical marijuana? The laws are rather silent on pets, making it more risky. Here’s a breakdown.

A quick internet search for legitimate information on cannabis products for pets yields primarily companies selling these products. Obviously, they will tell you their particular product or brand is superior to the others, and their product will treat, manage, or even cure a long list of diseases. We need to wade through the advertising and self-promotion and get down to facts.

Marijuana and hemp are plants in the genus Cannabis. Many different species and strains of these plants exist, and almost 500 different compounds have been isolated from these plants, all with potential medicinal uses. Of these, over 80 are classified as cannabinoids. Different plants contain varying levels of cannabinoids and other compounds.

Every chemical has its own unique properties, and much more research will be needed for us to understand the full potential of this array of potential medications. For our purposes, there are two main cannabinoids that you’ll see mentioned the most: CBD and THC. CBD (cannabidiol) is the “medicine-y” cannabinoid. It’s extracted from a hemp plant, but lacks the psycho-active effects most people think of when they think of marijuana. The molecule responsible for that “high” one can get from marijuana is the other cannabinoid called THC (TetraHydroCannabinol). Think of CBD as the president of the science club, and THC as the party girl, if that helps.

The marijuana plant contains more THC, the chemical responsible for the “high”, while the hemp plant is more fibrous, and contains very little THC. Instead, hemp’s main compound is CBD. What makes us call one plant hemp and the other marijuana if they are both in the same family? Basically, more THC earns it the name “marijuana” while less THC (<0.3% depending on who you read) makes the plant hemp, or even “industrial hemp.”

There are also synthetic cannabinoids out there. The laws are more lax on these, making them “less illegal”, as most of the rules the DEA makes are about the compounds extracted from Cannabis plants (see below). Two of them are actually FDA approved (for human use!) Marinol is prescribed to help AIDS patients not lose their appetites and maintain body weight. Cesamet is prescribed to patients undergoing chemotherapy to help reduce the nausea and vomiting which can happen too commonly. It’s also being used (again, in people) to treat chronic pain and even Irritable Bowel Disease!

While these synthetic cannabinoids sound like a great thing, patients taking them report they don’t seem as effective. Apparently, the synthetics contain one and only one compound, while the extracts contain mainly that compound, but have other cannabinoids along for the ride that seem to have an additive effect. So, bottom line, the products from plants, as of now, seem to work better. 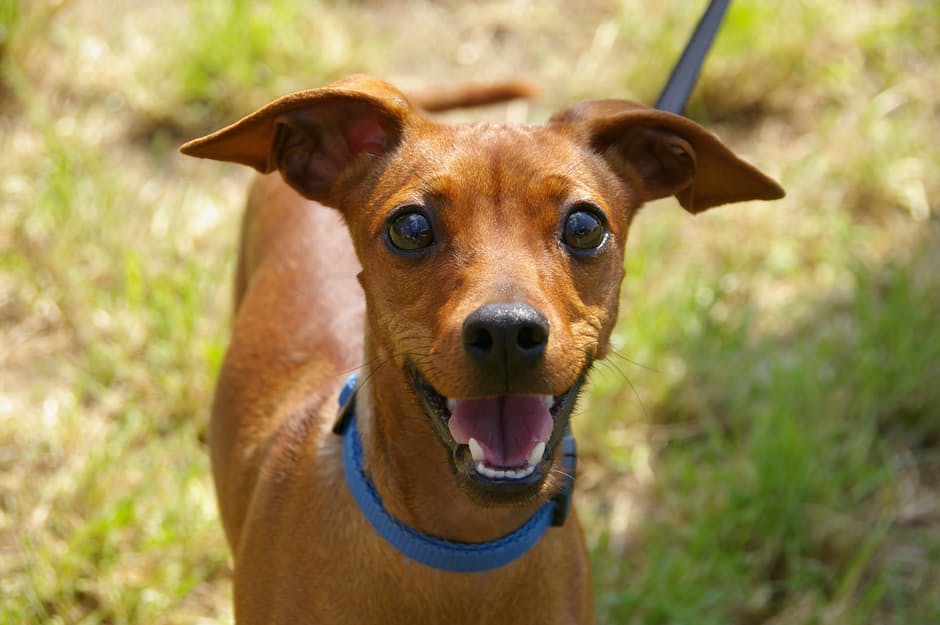 I know very few veterinarians who recommend these products, for a variety of reasons. Little to no data exists on what dose is safe and/or effective. Little is known about drug interactions. Next to nothing is known about long-term use, simply because the state laws allowing us to conduct large scale clinical trials with it are relatively new. There is absolutely no regulation of production of these products, so we have no way of knowing if what is claimed on the bottle is what actually is in the bottle. Finally, the constant changing of the legal status of these products makes many veterinarians want to keep their noses clean and avoid the whole legal mess until the federal and state laws can come to some agreement.

Here’s a taste of what we do know.

CBD has great promise in the treatment of seizures, but appears to be poorly absorbed into dogs’ bodies when given orally. As far back as 1988, we knew cannabinoids had great potential as a treatment for seizures. Six dogs were given the CBD through an IV, then orally to compare. The IV doses were absorbed into the blood stream and eliminated via the liver. The medication hung around a while too, with a half-life of 9 hours! The oral dosing was not at all absorbed (none detected in the bloodstream) in half the dogs, and the other three that did absorb it had negligible levels. This study was only of six dogs, so we cannot draw any major conclusions from it. Yet, it does not seem promising for CBD’s as an oral option, unless presented in a different version or compound than the one used. Obviously, much more research needs to be done. (Pharmacokinetics of cannabidiol in dogs. Drug Metab Dispos. 1988 May-Jun;16(3):469-72.)

CBD might inhibit the cytochrome P450 enzyme. Here’s the research on it. Not a bad paper, but everything was done in vitro, (where most research starts) and nothing performed in an animal. Chemicals can behave differently than cells in a liver. And what is cytochrome P450 and why do we care? Oh, you care! This is a very important enzyme in the liver that is responsible for metabolizing (breaking down) medications or toxins. If this enzyme is inhibited and your pet is on other medications, it could, theoretically, cause the circulating dose of those other medications to increase, which is not always a good thing.

These are all well and good, and laid the foundation for current research, but they leave questions. Thankfully, here’s more recent work being done in 2018!

CBD may help relieve symptoms of arthritis in dogs. This Cornell study is very interesting and was much needed! They used client-owned dogs, gave CBD oil, and discovered a lot of things. First, they suggest a dose of 2 mg/kg twice a day as effective for managing the pain of arthritis. Second, they confirmed that there were levels of CBD in the blood, meaning it was absorbed.  They also found the half-life to be about 4.5 hours, way less than the earlier paper that gave it IV. This conflicts with the 1988 paper, but that was also only 6 dogs, and this was 16 dogs. Interestingly, there was an increase in a liver enzyme called Alk-P. It’s interesting because this is loosely associated with…wait for it…Cytochrome P450! (see paper above). I love when things tie together. This liver enzyme elevation does raise some concern about the effects of CBD oil long-term in older, arthritic dogs. The treatment was effective, but it was only given for four weeks, and there was a significant increase in this Alk-P enzyme in over 50% of the dogs. It doesn’t mean CBD isn’t safe…just that we have more to learn! Finally, the dogs in this study were on other pain medications, so that muddies the waters a bit as well.

CBD may be a potent neuroprotector. Once nerve cells die, they are gone forever. This is why brain damage of any kind, in any species, is such a big bad deal. Izzo et al suggests CBD’s may prevent brain cell death in certain situations, and can even reverse brain damage resulting from lack of oxygen… in rats.

Lesser-known cannabinoids (CBC and CBG) have demonstrated great antimicrobial activity. With all the antibiotic resistant bacteria we have in the world, a new medication that can possibly kill “super-bugs” would be wonderful!

There are many other great studies out there on rodents, giving us hope for future applications. However, it’s a start, and much more needs to be done.

So what is legal, and what isn’t?

And why is this so complicated?

Here’s the details on the complex laws covering these compounds. What’s legal? What’s overlooked? What will land you in prison?